The £5.3m hydropower scheme uses the flow of the River Calder to power a single 500kW axial turbine that will generate around 2.3million units of carbon-free electricity per year, equivalent to the consumption of 800 households and will be Yorkshire’s largest-ever low head hydro- electric project. It will run 24/7, 10-11 months of the year, for at least the next 100 years.

It will take over a year to build, employing over 80 man years in that period

When commissioned in late 2016 will: 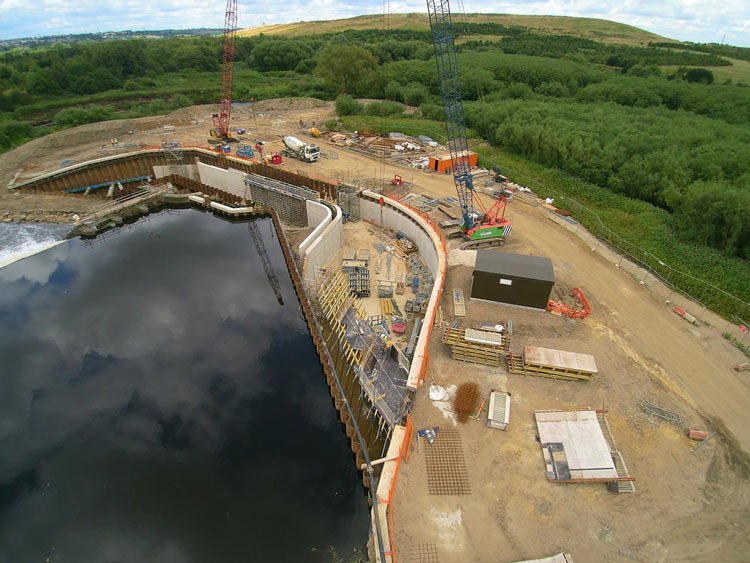